Grounding – what is it and how does it benefit us? 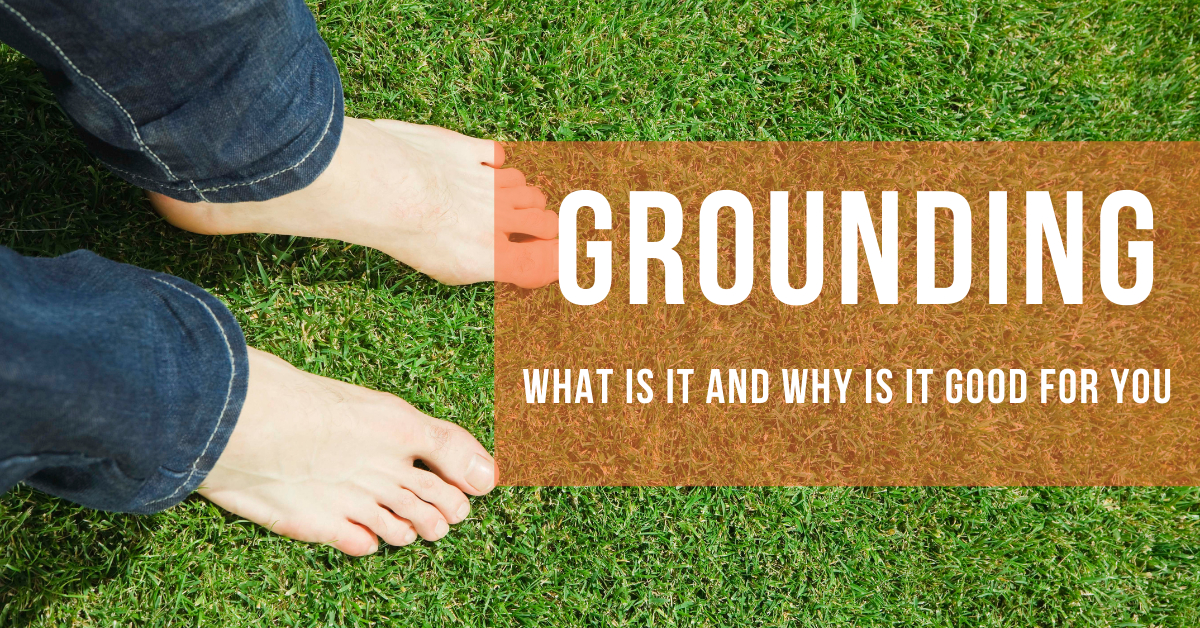 Why should you practice “grounding”?

Grounding or earthing refers to direct skin contacts with the surface of the Earth, such as with bare feet or hands, or with various grounding systems. Subjective reports that walking barefoot on the Earth enhances health and provides feelings of well-being can be found in the literature and practices of diverse cultures from around the world. For a variety of reasons, many individuals are reluctant to walk outside barefoot, unless they are on holiday at the beach. Experience and measurements show that sustained contact with the Earth yields sustained benefits.
Grounding reduces or even prevents the cardinal signs of inflammation following injury: redness, heat, swelling, pain, and loss of function.

Our lost connection to the Earth

The Earth has long been recognized and utilized by the electrical industry as an essential source of stability and safety. One might say that electrical systems are “healthier” precisely because of their connection to the Earth.
That is where the synonymous terms Earthing and grounding originated.
It is now time for the medical world to start recognizing that a body connected to the ground – a grounded body – is similarly more stable and healthier. It functions more naturally, a state lost over time because humans have become largely disconnected from the Earth. We obviously no longer sleep on the ground, rarely walk barefoot outdoors, and, for more than a half-century, almost exclusively wear insulating synthetic soled shoes instead of traditional and conductive leather footwear. We live and work, and spend much or most of our time disconnected, often far above the ground in high rises.
The lost contact with the Earth may contribute to electrical imbalances, a build-up of disruptive static electricity (positive charges), and an unrecognized electron deficiency in the body, and with it, vulnerability to dysfunction, disorder, and disease.

So, what exactly are the benefits of earthing or grounding? According to several studies, grounding appears to:

A summary was published in the Journal of Environmental and Public Health.

One of the most powerful effects of Earthing is the reduction and even elimination of chronic inflammation and pain.
This discovery suggests that the planet we live on is the original painkiller, the original anti-inflammatory: nature’s way to counteract inflammation.
Briefly, the hypothesis for this effect is as follows:
Free radicals (also known as reactive oxygen species, ROS) are molecules that strip electrons from healthy tissue, resulting in damage. Every cell produces billions of free radicals every day. Earthing permits huge numbers of free electrons to enter the body where they are believed to neutralize free radicals. The active mechanisms of electron transportation to a site of inflammation may involve the nervous, meridian, and circulatory systems. The influx of free electrons absorbed into the body serves as a powerful anti-inflammatory reinforcement for the immune system. Earthing typically reverses both acute and chronic inflammation and does so rapidly.

Another major documented benefit of Earthing is better blood flow. In a 2013 study, the zeta potential of 10 healthy subjects increased by an average of about 270% within two hours of Earthing.

What is Zeta potential? It relates to the strength of the negative charge on the surface of red blood cells. The greater the charge the greater the potential of the cells to repel each other (less clumping); and therefore, the lower the viscosity of the blood, and the better the flow.

So to simplify, we want more of these “negative charges” in our blood stream.

This study implies that earthing has a natural blood thinning effect. The researchers concluded that Earthing “reduces blood viscosity and clumping” . It also “appears to be one of the simplest and yet most profound interventions for helping reduce cardiovascular risk and cardiovascular events.”

One of the first published grounding studies examined the effects of grounding on sleep and circadian cortisol profiles. The study involved 12 subjects who were in pain and had problems sleeping. They slept grounded for 8 weeks. During this period, their diurnal cortisol profiles normalized. Most of the subjects even reported that their sleep improved and their pain and stress levels declined.

Research on earthing, or grounding, point to the emergence of a simple, natural, and accessible health strategy against chronic inflammation.
Ongoing research shows that Earthing augments the physiology’s infrastructure from the foundation up. As global diseases and pain conditions grow, it is more necessary than ever to promote effective prevention and good lifestyle practices.
Such practices should include Earthing.
Earthing means a return to a forgotten and vital aspect of Nature that has great potential to both prevent and treat common disorders afflicting modern society.

Earthing or grounding has proven benefits on our health, so why not put it into practice?